Splitting Up The Song

Use my free template to help allocate songwriting credit and rights!

One of the most common, yet largely preventable, issues I see as an Entertainment Law attorney is artists and bands struggling to allocate songwriting credit after the song is written and released (and making money). Memories seem to fade quickly and it’s common for multiple writers to feel like their contribution to the song was the most significant and therefore they deserve a larger piece of the pie. Negotiating after the fact like this is messy, expensive, and disastrous to working relationships. The absolute best way to avoid this in my opinion is to begin to settle the issue before or while the song is being written.

Below I am providing the template that I give to my songwriter clients for use in the studio. This form lists the most common rights which need to be settled and allows the writers to negotiate the terms themselves while they are writing. Many times the issues solve themselves, the writers may decide to share credit and rights equally, or they may decide to allocate them based on a percentage of what was written. If they cannot agree then they can call it quits and walk away, or negotiate further before continuing the writing process.

Some writers fill out every single space on this form, while others just cover the bare basics such as split percentages and then worry about the rest later. While this agreement does become a binding agreement when signed by all parties, it is still best practices to have a more fleshed out agreement drafted by an Entertainment Law attorney later. However by settling the big issues first and early there is very little to fight about when it comes time for the more formal agreement and it is much less likely that a deal will fall apart.

So without further ado, here is the template: 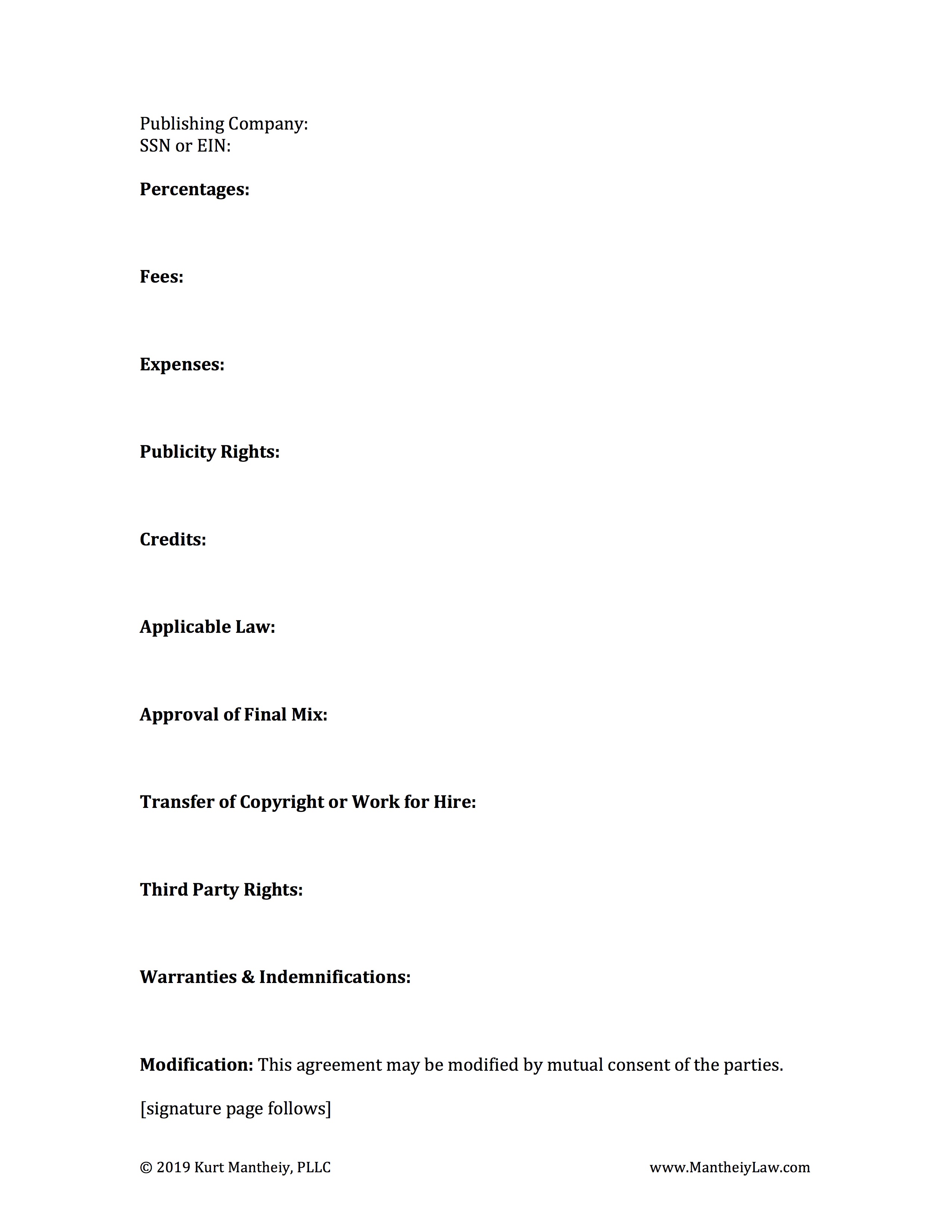 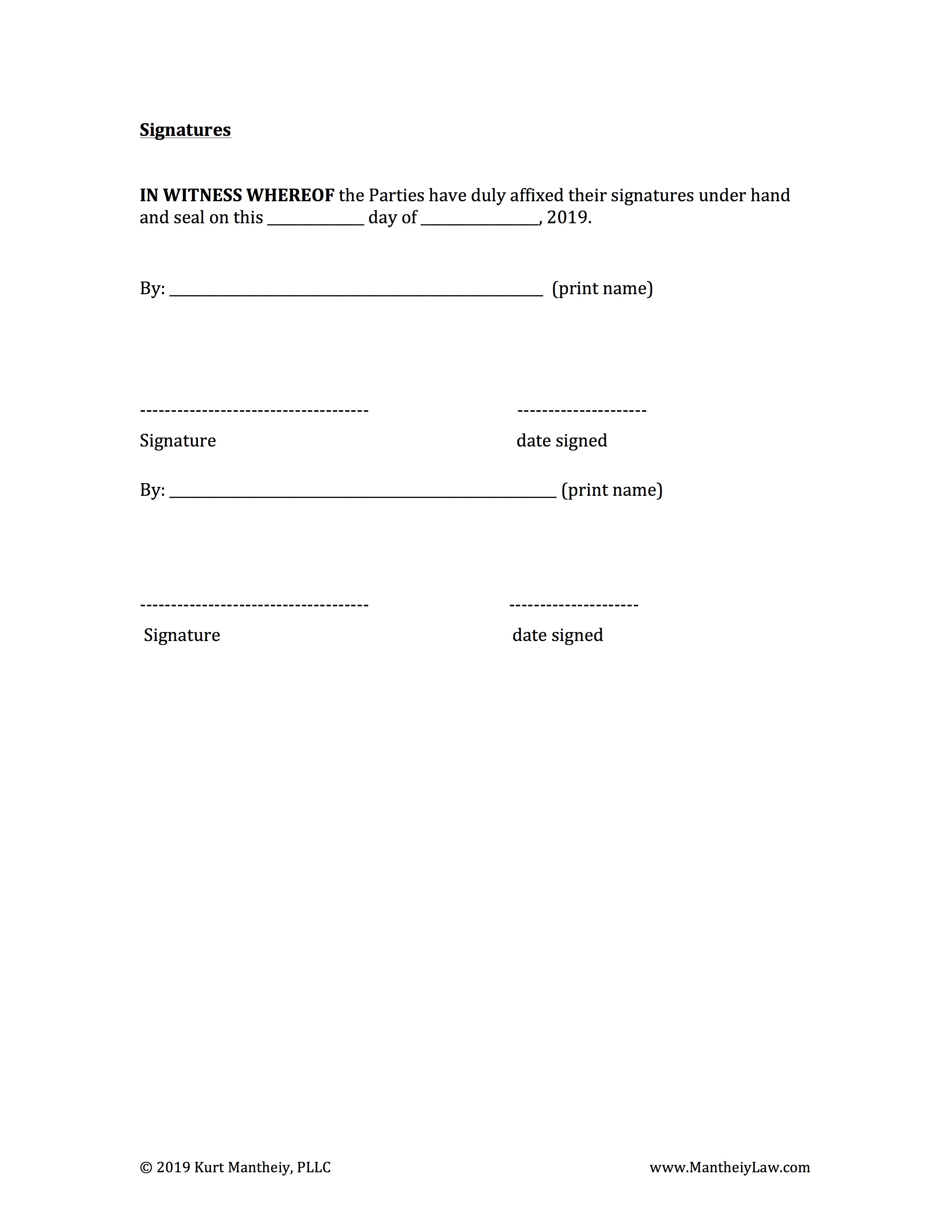 Kicking the can down the road by saying “we’ll figure it out later” may seem enticing when you have the creative juices flowing and you would rather keep writing than have to sit down and talk business, but the problems you may face later are not worth it. So print a few of these out and leave them in your studio or writing space, and of course feel free to ask me any further questions you may have.

I offer 30-minute free consultations and I would be happy to talk to you about all of this and more. Click the Contact Us link above and get in touch.